Skip to main content
Celebrate the Year of the Dog!
Back to blog overview

Celebrate the Year of the Dog!

Lunar New Year (also often known as the Chinese New Year or the Spring Festival) is one of the world’s most bright, beautiful and exciting cultural celebrations. And in 2018 we are lucky enough to be entering the Year of the Dog!

Don’t be daunted if you don’t know a lot about the Lunar New Year – here are some fun facts to get you into the New Year spirit and embracing all of the good fortune for the year to come. 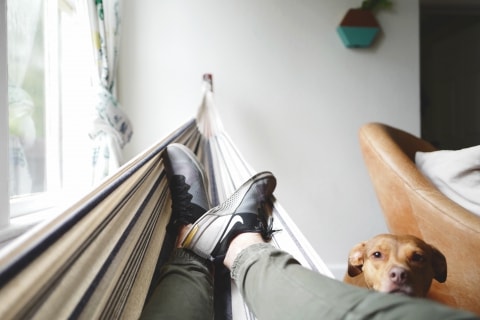 • The animal zodiac is based on a twelve-year cycle with twelve different animals symbolizing each of the years – otherwise known as the ‘shengxiao’. Each New Year is said to hold particular qualities associated with that animal. You, too, are said to have qualities connected to the animal of your birth year.

• If you were born in the Year of the Dog, you are said to be kind, loyal, patient, helpful and honest. Just like our favourite furry friend!

• The Lunar New Year start date can vary depending on the new moon, but in 2018 the celebrations commence on the 16th of February and last for about two weeks after this (though most celebrations will happen the weekend of the 16th).

• You might be lucky enough to have celebrations happening in your town, including parades in your local Chinatown, noisy lion dances, acrobatics, markets and street food. Be aware of fireworks and fire crackers, however, and always keep your dog well away when these are lighting up the sky.

• There are several traditional Chinese dog breeds that are beloved in many homes today, including the Pug, the Shih Tzu, the Chow Chow, the Shar-Pei and the Chinese Crested Dog.

• There is a Chinese myth that if a dog enters your house, it means that fortune is coming your way - though at Pawshake, we feel lucky whenever any dog comes up to say hello! Dogs are also said to bring good 'yang' into the home, which is a positive, safe and active energy. Maybe it's time to start pet-sitting to bring in some more positive pooch energy into your life.

Let’s all hope that our favourite animal brings us all a happy and prosperous year to come. Happy Lunar New Year and 新年快乐!

Boarding your dog | What to take?

What will your pet need during their dog boarding stay? Here are all of the things you should bring along so that your pet has the perfect mini-break.

Some pets are more relaxed than others when taking medicine, however, it’s common for pets to hate this experience. Here's what to do if so.

Just like us humans, dogs can get dementia in their older years. Here is a guide to diagnosing and preventing dementia in your senior dog.