Skip to main content
Calling your dog: this is how he'll come to you
Back to blog overview

Calling your dog: this is how he'll come to you

Recall is arguably your dog’s most important skill. The 'here' or 'come' command is essential, as it can extract your dog from dangerous situations. However, it seems that some dogs simply don’t want to listen. So, why do some dogs refuse to come when called? And how can you ensure that your (pet sitting) dog always comes on command?

Why doesn’t my dog listen?

There can be several reasons for this. Whatever it is: it’s certainly not to make your life difficult. It could be that your dog associates the come command with a bad experience. Perhaps you were angry with him or used it to signal the end of a fun play session with other dogs?

It’s also possible that your dog simply doesn’t understand what you want of him. In that case, the 'come' command must be taught from scratch. Don’t worry - old dogs really can learn new tricks! Training your dog to come will also deepen your mutual bond. Do it in the right way, and your four-legged friend will be only too happy to listen and will even begin to cooperate with you in other areas!

Link the command to his behaviour

Want to (re) train your dog to come on command? Then start at home, using small steps. Choose a consistent command (‘Here’ or ‘Come’, for example) and use your dog’s name (such as 'Buddy, here!!'). Make sure your dog has a positive association with his name. Never employ a negative tone (such as 'Buddy, No') when he does something wrong, as this is a sure-fire way to stop him from responding to his name in future.

Try to get your dog's attention in a variety of different situations by using his name. If he comes to you 'by coincidence’, then repeat the command so that he starts linking the word to the desired behaviour. As soon as you’ve got your dog’s attention and he takes a few steps in your direction, immediately lavish him with praise or give him a favoured treat.

Practice on a long leash

Does your dog associate the ‘come’ command with something fun when in the comfort of his own home? Then practice outdoors using a long leash and plenty of his favourite treats and toys. Start by getting your dog's full attention by cheerfully calling his name. Once his attention is focused on you, use the call command. As soon he starts walking in your direction, shower him with praise. You can do that by cheering, jumping with joy, or talking to him in a breezy, high-pitched voice. Don’t let the curious glances of passers by deter you :-)

The real trick is ensuring that coming on command is a consistently fun experience for your dog. Recall mustn’t spell the end of his fun and games, but instead signal a welcome opportunity for receiving a favoured treat. 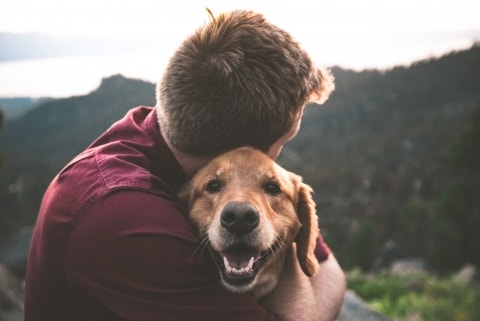 Many dogs refuse to come when called because they perceive the command as an annoying interruption to a fun play session. So, make sure that your faithful friend enjoys being on-lead as much as off! Whilst you can certainly achieve this by giving your dog regular treats, try to maintain your dog’s interest using other techniques too. Does he have a preferred toy? Then bring it with you and use it to play 'follow my leader’. Make sure that your dog keeps you in his sights at all times and, instead of merely walking in a 'straight line', spice things up a little by leaping over park benches, hiding behind tree trunks and weaving around!

Know when to issue the command

In many cases, a dog ignores the recall command because he’s attending to more important business: he’s engrossed in a frenzied sniffing session, he’s dug up something rather tasty or he’s busy playing with a canine companion, for example. It makes little sense to call your dog in such situations - he simply won’t be receptive. If you try calling him regardless, then you’re actually teaching him to ignore the command. Wait until your dog has finished sniffing or done his business and you’re confident of getting his attention, and then use his name in combination with the command. Does he come when called or, at least, attempt to? Then reward him profusely!

Hide your frustration: don’t try to catch / punish him

Ever tried running after your dog, and frantically trying to catch him? Then you’ll already know that most dogs consider this a thoroughly enjoyable game. Once you do finally get hold of your little tearaway, it can be tempting to scold him. Unfortunately, for your dog, punishing only reinforces the idea that: being with my owner isn’t any fun, being with my owner is bad. Your dog is not a person. He won’t perceive no longer being allowed off the lead as a 'punishment'. He has absolutely no idea that this is a consequence of not coming when called. It will merely result in him running even faster next time. So, whatever you do, don’t run after your dog and never get angry. Instead, walk calmly in the opposite direction, and try to get his attention using a high-pitched, enthusiastic tone. In an emergency situation, lie down on the ground (yes, really) and call his name using an appealing, high-pitched tone.

Be present during the walk

Dogs with a good recall tend to have an extremely good relationship with their owner (or dog sitter). Giving your dog your undivided attention during his walk can strengthen this bond.

If you’re not mentally ‘present’ and your thoughts are elsewhere, your dog might just as well take his 'own walk'. And he’ll be more inclined to ignore your commands as a result. Dogs love being the focus of your attention. That’s why they prefer walking a few metres in front. It gives you (their highly-esteemed pack leader) sufficient oversight. And you needn’t continually look behind you to locate your dog.

So: get rid of your telephone and any other distractions, and give your dog your undivided attention throughout the walk. Practice his recall in a playful way, and reward him for every paw in the right direction, no matter how small. Train on a daily basis, and in each and every conceivable situation: on-line, off-line, indoors and outdoors. That way you’ll achieve optimum results and your pampered pooch will soon be coming consistently on command.

Great advice - I particularly like the bit about giving your dog your attention & not being distracted by a mobile phone "conversation" or some other distraction. Walking should be as much a pleasure for you as your dog.

7 ways to enjoy Valentines Day at home with your pet

Everyone deserves a love-filled Valentines Day, especially our furry friends! Here is some inspiration for fun ways to spend the day together.

Discover some handy tips if you need to do some DIY dog grooming at home. Perfect for when you can't get to the dog salon!

Discover the top 20 dog names in Ireland plus some inspiration for new pet owners in naming a new pup.